As early as 1992 Leander Bathon had the idea to glue platelike steel parts into wood in order to connect timber to other materials.

Parallelly the pasting-in of steel rods in timber glue construction was further investigated and developed.

Therefore first test specimens were produced in cooperation with the university Hochschule RheinMain (formerly Hochschule Wiesbaden). Following the positive results of the first experiments on smaller test specimens with beams and a 10 m span, realistic 1:1 test specimen as surface, and some smaller construction objects in the course of renovating old buildings, the „HBV“ systems were developed. Thus in 2000/2001 the first HBV surface with glued-in HBV shear connectors with a span width of 10 m and a surface of 400 m² in an office building was produced. At the same time various steel plates and adhesives for connecting timber and concrete were testet from 2000 to 2002. 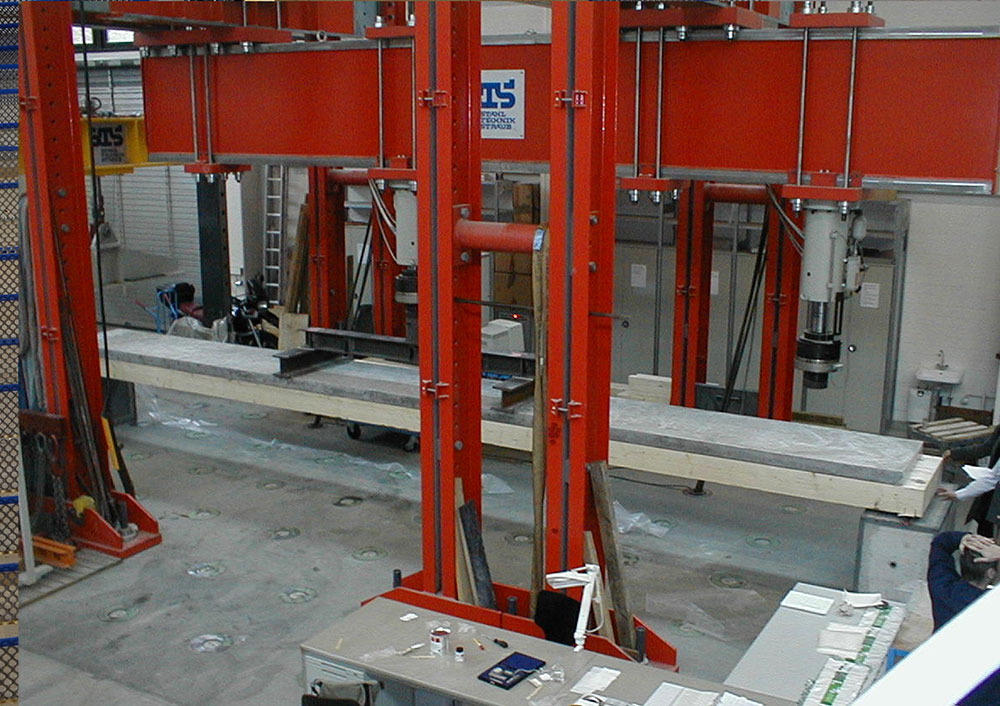 Since March 2004 a general technical approval for the HBV systems by the German Institute for Construction Technology (DIBt) in Berlin is hold.

In 2006 Rainer Bahmer founded TiComTec. Objective of this company is the further development and the distribution of the HBV and HSK systems.

An innovative solution for the timber and steel adhesive bond was another aim and could be achieved by developing glued-in perforated plates. This development took about ten years and was acknowledged with the awarding of the Schweighofer Innovation Prize in 2013. Today known as HSK systems, they achieved the general technical approval of DIBt with number Z-9.1-770 in November 2014.

Now we look back on 20 successful years using HBV systems and we are proud to say that there hasn’t been one single damage so far.